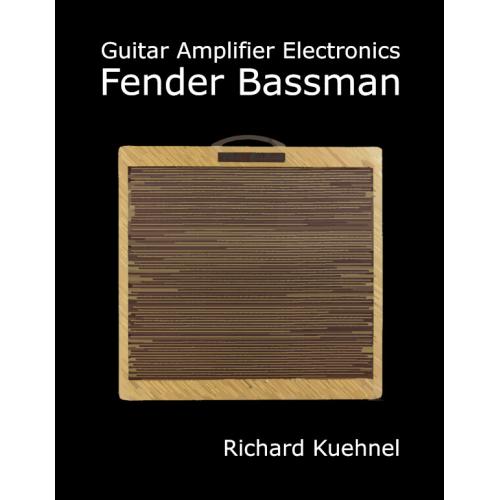 Fender designed the Bassman in 1952 to be an amplifier for its new Precision Bass. The amp had a 15-inch speaker with a closed back and used a pair of 5881 beam power tetrodes for lots of volume. Throughout the decade it would be modified and improved until culminating in the model 5F6-A.

Ironically it didn't quite make it as a bass amp, but the musical tones it created from a guitar made history. The Bassman's long-tailed-pair phase inverter with negative feedback became the foundation for many great rock and blues sounds. Many other amplifier manufacturers created new Bassman-derived designs that themselves became the legendary instruments of a rock generation. For more than half a century the 5F6-A circuit has been tweaked, enhanced, and re-introduced under many different logos, and the late-1950's original has become one of the most iconic guitar amplifiers of all time.

Fender's product line represents a master class in evolutionary design. For this reason, we begin our circuit exploration with the TV front and wide panel 5B6. We also examine the narrow panel 5E6, 5E6-A, and 5F6, because they are major milestones in the evolutionary development of the 5F6-A. With each model we explain system design concepts, the motivations underlying design changes, stage-by-stage circuit operation, and overall system performance. Analysis includes a stage-by-stage profile of audio signal levels, system voicing, harmonic distortion, intermodulation distortion, and overdrive dynamics.

Author: Richard Kuehnel is a member of the Circuits and Systems Society of the Institute of Electrical and Electronic Engineers.